What You May or May Not Know About Traffic Tickets 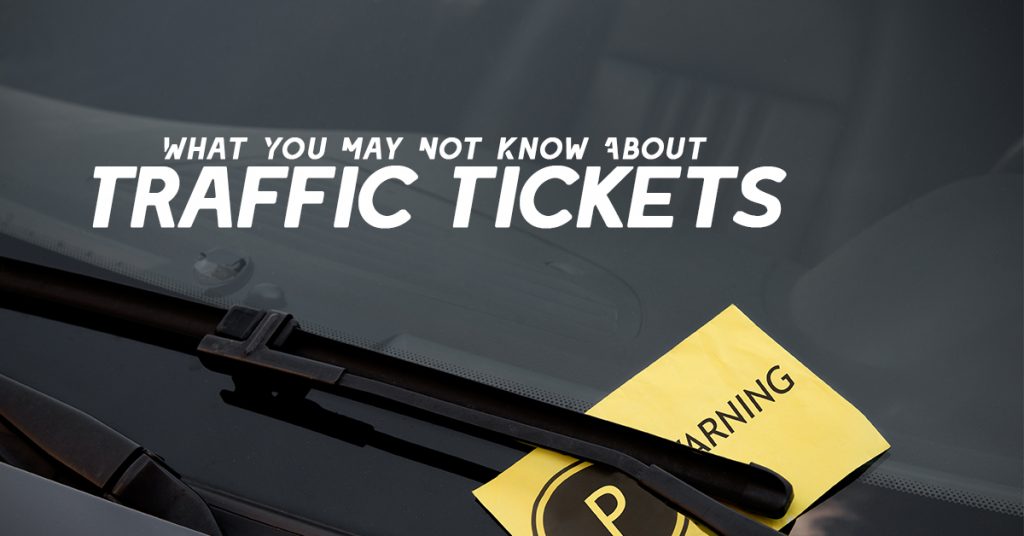 \What You May or May Not Know About Traffic Tickets

It can be said with certainty that the most common interaction Americans have with law enforcement is through a traffic stop. The exact number of traffic tickets written each year however, can only be estimated as many police departments do not fully disclose the number of citations issued or use varying ways in which they are tabulated. Out of almost 200 million drivers in the United States, however, it is estimated that about one in five will get cited for a speeding violation each year. That is about 40 million tickets. At about $150 per, speeding tickets alone are thought to generate about $6 BILLION per year in revenue. This does not include other moving violations or parking tickets. If you’ve gotten a ticket, you are far from alone.

Few Will Contest Them

Only about 5% of those who receive a speeding ticket will even bother to contest it. There certainly is a cost vs return equation at work here. Most drivers just don’t feel it is worth their time, money or effort to fight a ticket in court. It is believed that of those 5% who contest them, most will at least get some relief in terms of dismissals or reduced fines. Women are more likely to contest tickets than men.

Who Is Most Likely to Get a Speeding Ticket?

People aged 17-24 are in the largest demographic group to get speeding tickets. Men are more likely to receive one than women. Those who live in Ohio, Pennsylvania, New York, California, and Texas are subject to getting the most tickets. It is estimated a police officer can write $300,000 a year, or more, in citations.

What Can You Do About It?

If you believe you are not guilty, don’t be afraid to contest a ticket. This is particularly true where an offense could significantly affect your driving privileges. You can also look into a variety of online driving schools that may offer relief from the negative impact a ticket may have on your insurance rates and driving record.

Of course, the most significant step you can take is to become a safer driver. Traffic tickets are big business. A business you don’t want any part of.