What You May Not Know About Road Rage 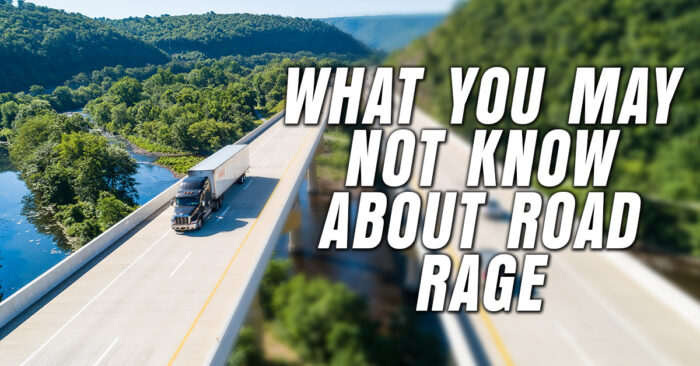 What You May Not Know About Road Rage

Road rage is an explosive anger that occurs when driving. An interesting aspect of road rage is that we must feel that road rage is something that happens to us. It is actually our response to a situation, real or perceived, that happens on the road. When someone cuts us off, for example, they may have underestimated their clearance. For them, they will go on their way, not even giving it a second thought. For us, however, we may dwell on it as an act that was done intentionally, stupidly and one that put us in danger. This can trigger anger in us that can last for minutes or longer. Long after the “offending party” has moved on, our blood pressure may still be high.

Road rage is much more common than we may think. Surveys indicate that 90% of us admit to experiencing road rage-style anger within the past 30 days. Perhaps the most troubling aspect of road rage is that about 66% of fatalities have been attributed to aggressive driving.

Part of the problem is that more than half of us believe speeding is the norm. This means while 53% will view excessive speed as a normal part of the driving experience, the other half views it as unnecessary and perhaps even aggressive. This can cause situations where some drivers are weaving in and out of traffic while others are content to stay the course.

Two other statistics should raise flags when it comes to road rage. About half of us will get aggressive during road rage, resulting in horn honking, light flashing or a single-finger salute. In addition, a staggering 37% of road rage incidents are believed to involve firearms.

Experts generally agree there are three steps drivers should take to avoid road rage incidents. The first is to take a deep breath and relax. Avoid the temptation to react.That leads to the second step which is to not react; stare, shake a finger or initiate other contact. Finally, you need to be willing to let them go. Life could change forever in an instant. It is best to make the wiser choice.

Road rage can not only lead to injuries and accidents, it can lead to higher insurance rates. This is something no one wants. If you feel your automobile insurance rate are increasing too quickly, compare. Contact one of our independent agents. They have access to multiple insurance companies and compare rates for you. You may be able to save on your auto insurance rates or even get improved coverage.

Remember, when it comes to road rage, take a breath, don’t engage them and move on. When it comes to insurance rates, contact our agents and compare.